Get fresh music recommendations delivered to your inbox every Friday.
We've updated our Terms of Use. You can review the changes here.

Too Many Things EP 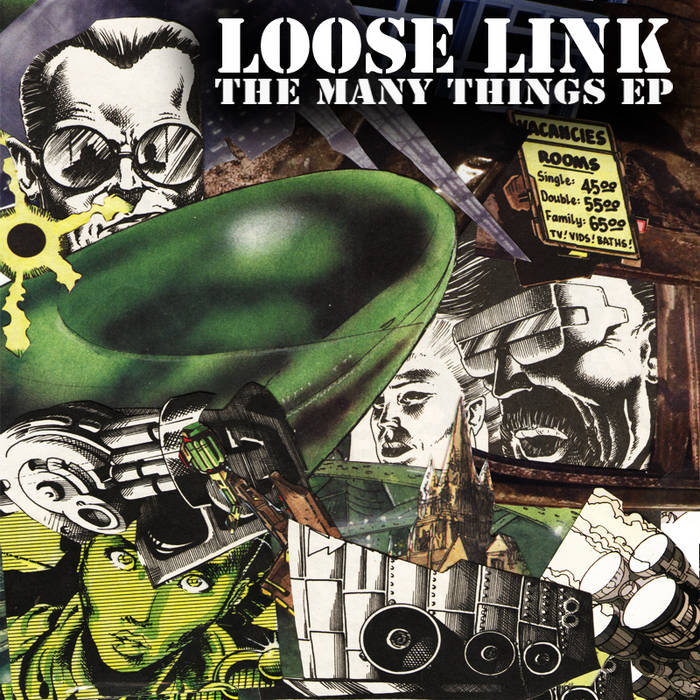 Loose Link is the musical alias of Craig Gillman, he is an electronic musician from New Zealand. He released his first album "Random Proportions" on December 2010 through Ross Baker's U.K netlabel Jerky Oats, almost entirely constructed from samples from other music. From there he has made hour long mixes like "The Free Frontier" for The New Worck mixtape site which mixed many different netlabel artists together, and "Soundcloud Nine" which did the same for Soundcloud members.

He has also contributed two tracks to the FSOLBoard compilation "Terminal Window", remixed "Kelpie" for Second Thought, collaborated with Joachim Rontxoelious on a project called "Clockwork Keyboard" and released an EP called Electron Mace, which contains 5 re-workings of the title track plus 8 remixes by Dinimiciúla Duo from Ireland, Flying Battery from the USA, Option Command from Australia plus others.

The Many Things EP for Recycling Records contains outtakes and alternative versions from the Random Proportions sessions, mixed together in a 20 plus minute journey. Craig is currently working on many other projects, including a second Loose Link album.